Like many other female Italian film stars, Claudia Cardinale's entry into the business was by way of a beauty pageant. She was 17 years old and studying at the Centro Sperimentale in Rome when she entered a beauty contest, which resulted in her getting a succession of small film roles. Her earthy interpretations of Sicilian women got her noticed by Italian producers, and the combination of her beauty, dark, flashing eyes, explosive sexuality and genuine acting talent virtually guaranteed her stardom. After Senilità (1962) she rose to the front ranks of Italian cinema, and became an international star in Federico Fellini's classic 8½ (1963) with Marcello Mastroianni. American audiences may best remember her from her starring role in Sergio Leone's Once Upon a Time in the West (1968).http://www.imdb.com/search/[email protected]&view=simple&sort=alpha
Spouse

She has two children: Patrizio, who was born out of wedlock (tjh father was a mysterious Frenchman) when she was 17 and later adopted by her former husband Franco Cristaldi; and Claudia, whose biological father is her longtime companion Pasquale Squitieri.
1957: At the Italian Embassy in Tunis, she was voted the most beautiful Italian girl in Tunisia. Her prize was a trip to Venice during the Venice Film Festival. After the festival, she was offered movie roles, however she initially refused them and returned to Tunis. Six months later, a producer sold her on a career in movies, and she went to Rome with her parents, two brothers and sister, taking a home in Castel Giubileo, a small town outside the city.
She signed a contract forbidding her to cut her hair, marry or gain weight. Due to this contract, she told everyone that her new born son (out of wedlock) was her baby brother. She did not reveal to the child that he was her son, until he was 19 years old.
Vital statistics in August 1976: 38-24-37.
Has lived together with Pasquale Squitieri since 1975.
While her longtime companion lives in Rome, she calls Paris her home due to her popularity in France.
Has been UNESCO good will Ambassador for the Defense of Women's Rights since 1999.
As she had a deep voice and spoke Italian with a heavy French accent, her voice was dubbed in her early movies. The Pink Panther (1963) was meant to be her first English-speaking role; however, her voice wound up being dubbed.
1965: Told a reporter she liked a dry martini before dinner, caviar for hors d'oeuvres, lobsters or oysters for seafood, or a steak alla Fiorentina. When it came to wine, her preference was for a rich, red wine.
Preferred to be called by her initials: CC.
Originally intended to become a teacher in Tunis, North Africa.
Her father was an Italian railroad worker. Despite having an Italian father, she grew up speaking French after her French mother.
Her mentor was her late husband Franco Cristaldi.
Speaks French, Italian, English, Spanish and Arabic (from having been raised in Tunisia).
Long considered one of the world's great beauties, she has appeared on more than 900 magazine covers in over 25 countries.
Good friends with Brigitte Bardot.

never felt scandal and confession were necessary to be an actress. I've never revealed myself or even my body in films. Mystery is very important.
If you're not English, you're a foreigner - so you must be sexy. it's an old British cliché.
[on acting] But to do this kind of work, you have to be very strong, otherwise you lose your personality, your identity. You don't know who you are. It's fantastic because I've been living thousands of lives, not only my life.
I wasn't speaking a word of Italian until I was 18. They had to dub my voice in my first Italian picture!

Ms. Milo appeared to fine advantage in two of Fellini's greatest masterpieces - 8½ (1963) and Giulietta degli spiriti (1965) [Juliet of the Spirits]. She personified the aloof Italian temptress opposite Europe's most virile, passionate leading men -- Vittorio Gassman, Marcello Mastroianni, Jean-Paul Belmondo, Jean Sorel, etc. She left films in 1968 and did not return until a decade later, now and then in severe-looking characters - and often blonde.
Spouse

The President of the National Commission investigation is not of this world.

Abdelfateh Amor was the president of the National Comission on the investigation of corruption and wrongdoings..


On the occasion of the 13th anniversary of the death of the leader Habib Bourguiba, the national television invited Ms. Hajer Bourguiba President's daughter.​

​
This is a clip on you tube where the daughter describes the day that her dad died and she even said that she was not allowed to stay in the hospital with him. She did however stay the night that he died which is really sad.​
​
​
​
​
​

First picture of the place in Paris Farhat Hached

Tuesday, April 30: Inauguration of the Place Farhat Hached in Paris

The 8th most beautiful woman in the world is Tunisia

Papa Hedi is a 21st century portrait of one of Tunisia’s best loved musicians, Hedi Jouini, through the eyes of his British Granddaughter.
A contemporary documentary searching for traces of Hedi’s spirit, we uncover via encounters with colleagues, family and cultural commentators his public and private legacy and discover why his music still lives on today.

Claire was in her late 20s when she discovered that her grandfather was the Frank Sinatra of the Arab World. Hedi Jouini’s songs and compositions still resonate twenty years after his death. Reprised as the theme tune for a popular Tunisian soap opera and the holding music for Tunisia’s leading mobile network; covered by pop singers, including international superstar Shakira; and sung by 5 year old street kids as they kick their footballs back and forth - they are part of the TUNISIAN STORY.

After his death, Papa Hedi’s six children stopped talking to each other. Behind the usual story of siblings fighting over their inheritance, lies the powerful dynamic of men’s and women’s roles in 1930’s Tunis and the sad but often funny story of Papa Hedi’s divided family - separated across continents, fighting over royalties, competing to define their father’s legacy.


An everyday story of family and identity in the modern world.

For those of you that would like to watch the movie http://papahedifilm.com/papa-hedi-film.html

Born in Tunis in 1939 to a family of wheat farmers and brought up by his maternal grandparents. He was dazzled by the pages of Vogue magazine and lied about his age to study at the École nationale supérieure des Beaux-Arts. He started his career in fashion as a dressmaker’s assistant before moving to Paris in 1957 where he was trained by Christian Dior himself.

He then went to work for Guy Laroche for two seasons and then on to Thierry Mugler and has become a top couturier and shoe designer, particularly successful since the 1980s's when he was designing body-con/figure hugging dresses. First appearance in Vogue magazine was in 1982 and his nicknames are King of Kling and Titan of Tight for his curve caressing dresses.

He opened his first atelier in his Rue de Bellechasse apartment in the late 1970s, from which he dressed his private clientele, which included Marie-Hélène de Rothschild, Louise de Vilmorin and Greta Garbo.

Michelle Obama, America's First Lady broke tradition by wearing a non-American designer for the annual political spectacle when she wore green dress designed by Aalia at the 2014 State of the Union.

He's always been a cult figure and in the 1995 comedy film 'Clueless', the Beverly Hills teen queen Cher Horowitz tries desperately to explain to a mugger who orders her down onto the ground in her cherry-red slink of a dress, “You don’t understand, this is an Alaïa!”
Y

I am not sure if it has already been mentioned, as i didn't have time to ready all the posts, so apologies for any duplicating, but as far as I know, one of the directors of Ebay is Tunisian, living in America most of his life. Also one of the players of Athletico Madrid who played on Saturday night is Tunisian, and recently sent money back to the Hammamet football club for a new kit. 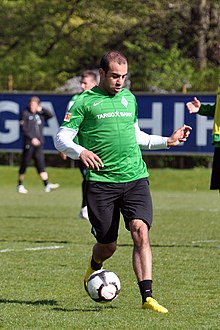 Al mousameh karim has to be my favourite

but nothing compares to my other half

This guy is absolutely brilliant. 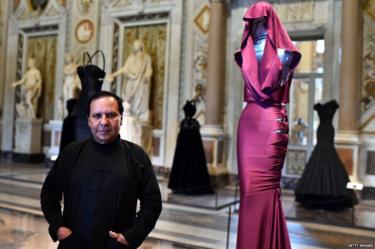 Image copyrightGETTY IMAGESImage captionAlaïa was fascinated by the human form and his designs were often close-fitting
The celebrated Tunisian fashion designer Azzedine Alaïa has died at the age of 77, French media report.
Alaïa, whose close-fitting designs earned him the nickname "king of cling", achieved fame in the 1980s.
Clients included British model Naomi Campbell, US singer Lady Gaga, actress Greta Garbo and Michelle Obama.
Alaïa was known for his uncompromising attitude to exhibit his designs to his own schedule and was uninterested in the publicity of fashion weeks. 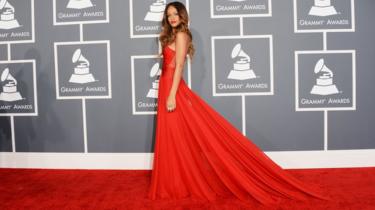 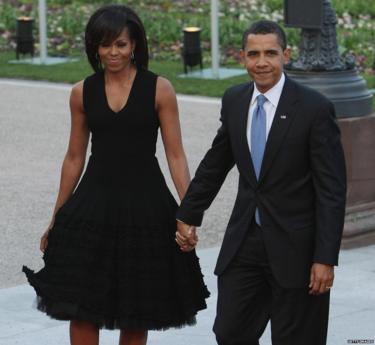 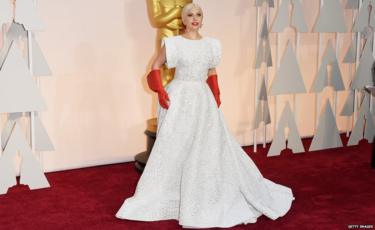 Image copyrightGETTY IMAGESImage captionLady Gaga in an Alaïa creation at the Academy Awards in Hollywood in 2015
Tributes were being paid to the couturier on social media on Saturday.
Lady Gaga said that Alaïa was a "genius in not only fashion but in his heart". In a statement posted on Twitter, the singer said the designer "should be celebrated as one of the greatest," adding: "I love you."
Skip Twitter post by @ladygaga

Devastated to hear about the passing of my friend Azzedine Alaïa. Mr. Alaïa was a genius and an incredibly kind man. Thank you for everything. R.I.P. pic.twitter.com/DD2u5VVbDl
— Mariah Carey (@MariahCarey) November 18, 2017​
Report
End of Twitter post by @MariahCarey
Fellow fashion designer Jean Paul Gaultier said that Alaïa was "brilliant" at combining traditional techniques and knowledge to create timeless items.
Alaïa, who was born in 1940, trained as a sculptor in his native Tunisia and remained fascinated by the human form throughout his career.
He moved to Paris in the late 1950s, working briefly for Christian Dior and Guy Laroche before becoming an independent couturier. 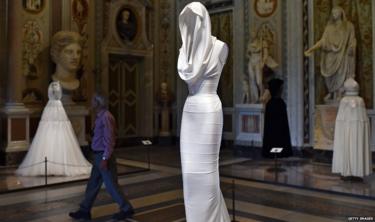 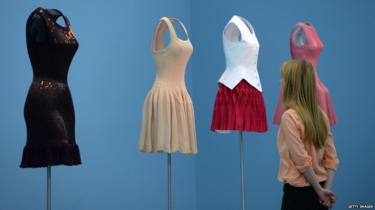