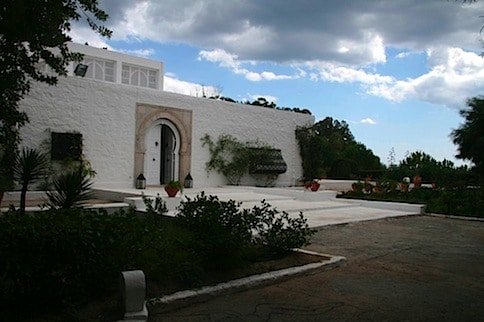 When one thinks of Tunisia, it’s often of the distinctive whitewashed houses and blue windows of Sidi Bou Said along with the beautiful wooden doors which have become a form of Tunisian trade mark. Though there are numerous beautiful buildings in Tunisia there is one that is very famous and has been held up as not as just a wonderful example of Tunisian architecture but as world famous example.

Built in the 1920′s by George Sebastian (Romanian), Dar Sebastian is located (blink and you miss it) south of the centre of Hammamet on the main route to Yasmine.

It’s not actually called Dar Sebastian on the sign either just to make things easier and at the traditional gate doors you see the sign Hammamet Cultural Centre as the house also has a theatre located next to it and both the house and the theatre host concerts during the summer months.
Like the best things in Tunisia, once you find the entrance things open up into something special and Dar Sebastian lives up to this as once you pay your money (over three 3 dinars each) you wander into the gardens down a series of paths. 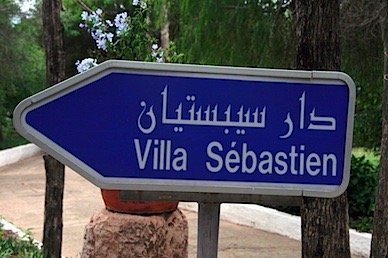 These paths have some artistic graffiti on them which looks like a recent addition (2008). 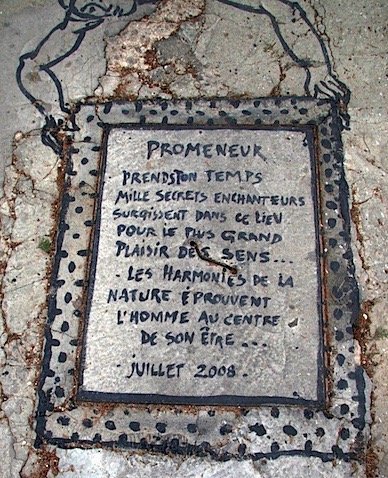 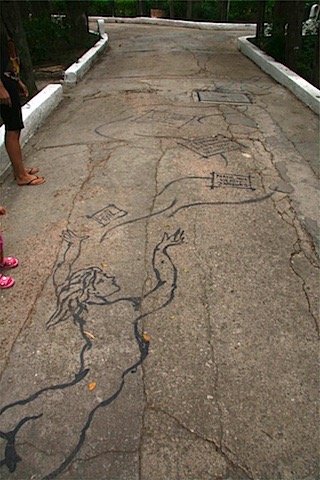 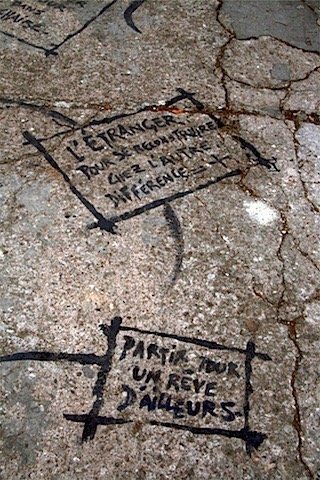 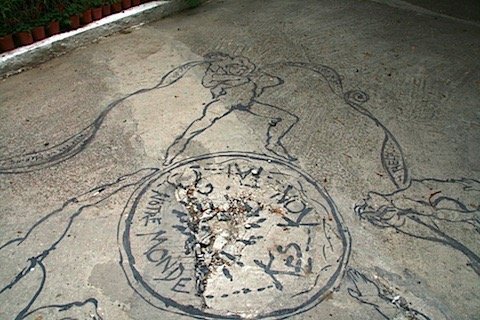 Just as I was beginning to get that feeling that this was going to be be underwhelming the house itself came to view and I immediately felt better. 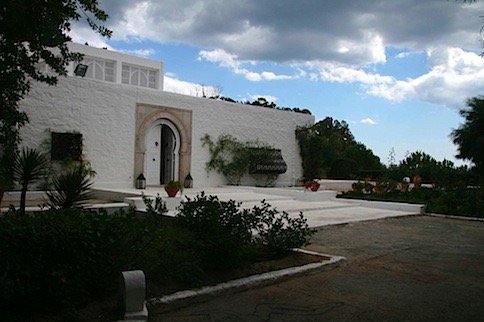 The house itself is just what I look for in a Tunisian house, simple, clean and elegant in proportion. In stark contrast with the Dubai style monsters being built in many neighbourhoods around Tunisia, less is indeed more.

from the other side

Before entering the house we thought we would make the most of the lovely weather and have a walk through the gardens. The villa is in an excellent position and I would love to have a plot like this to build my house which must have been the thought in the mind of Mr Sebastian when he chose the location for the house. 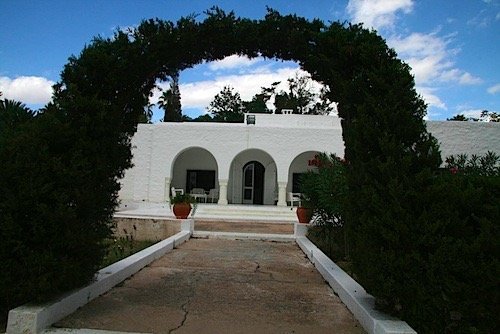 The villa has a small terrace over looking the sea and you can then follow a small patch down to the seafront and a little summer terrace which is a bit closer to the sea. 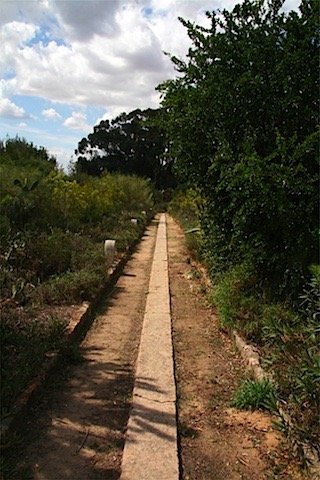 Economy paths Baby size? or maybe a track for some form of trailer? 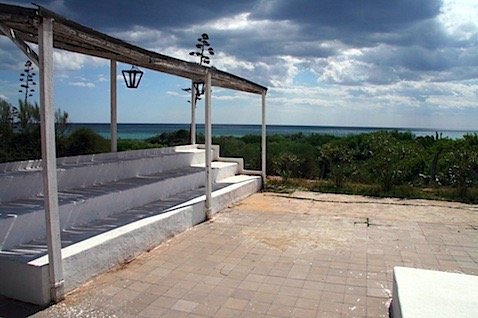 The garden terrace which has lovely views of 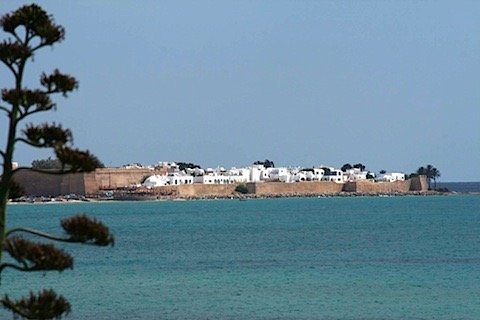 Behind the terrace is a more recent addition to the land which is the Hammamet cultural centre Theatre.  This is one of those concrete grey amphitheaters that are to be found in many Tunisian towns. Why I cannot say that I love them some people may like the University of East Anglian style function (though to note originally that was painted white as I feel these should be). 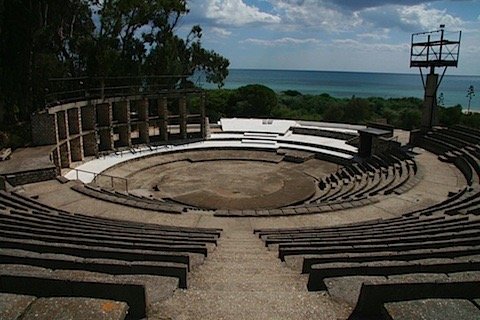 Returning to the purpose of the visit we returned to the main house to see the inside which is more famous than the outside. 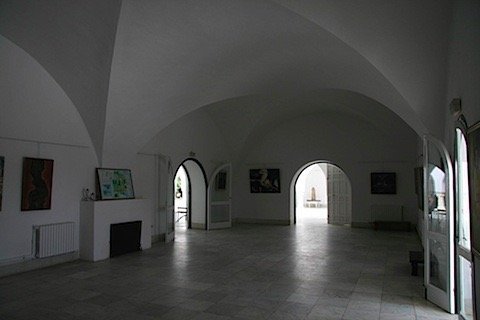 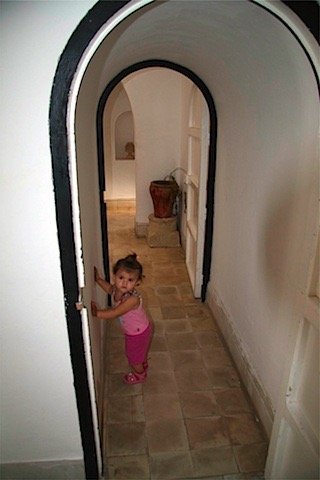 Even Sara found this house interesting and loved the small corridors that connected the large rooms. 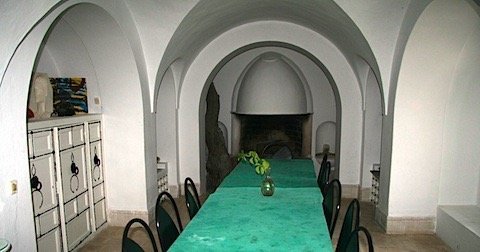 The dining room, note the draws which are in a Tunisian style. 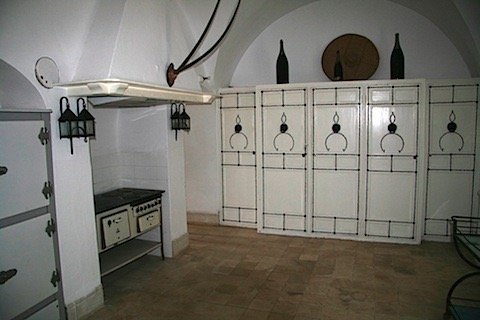 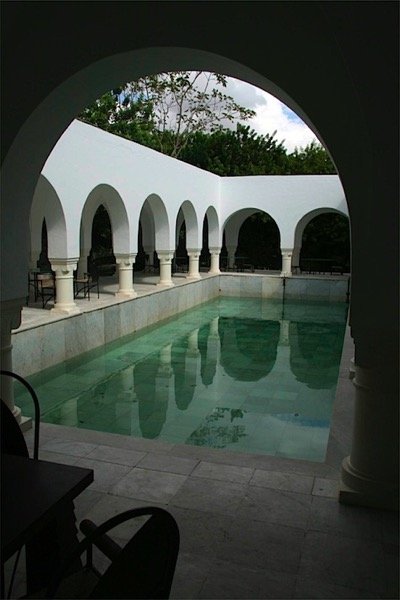 The world famous patio with colonnades and pool(soon to be copied when I build a house) though I may clean the pool better! 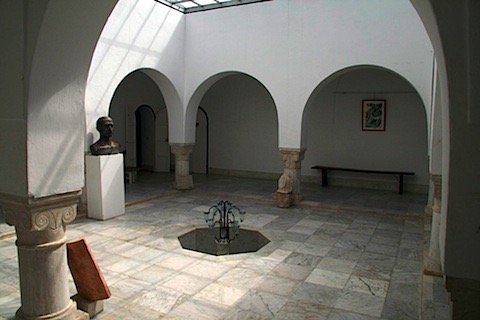 The lovely area from which you access the villas bedrooms. 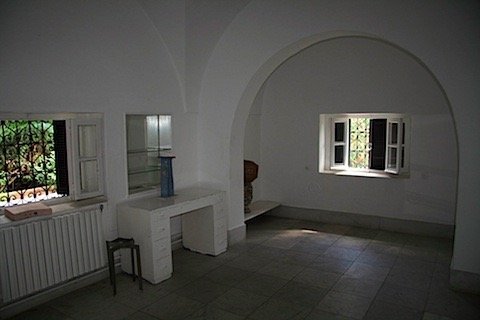 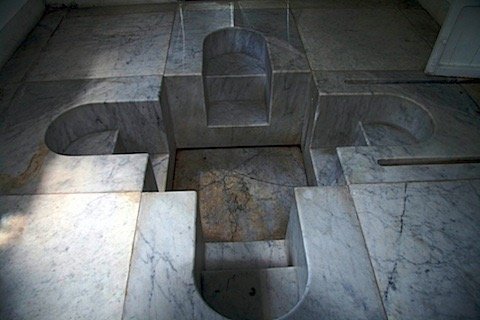 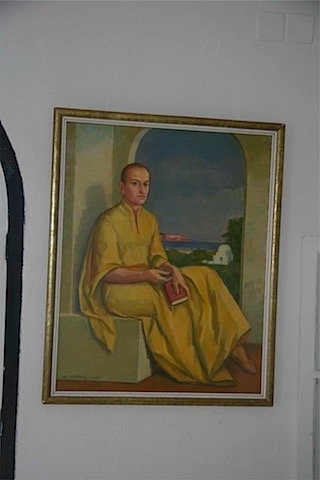 The house is a calming, un-complex affair which gives you many ideas which you would like to include in your dream Tunisian house which sadly is removed from many of the Tunisian houses being built today where the focus in on fitting the largest possible house in the smallest plot. Dar Sebastian is not especially opulent or massive but it shows that taste, mixtures of simplicity and traditional style can create something lovely.

It is no surprise that many famous people have chose to stay here including Winston Churchill and Field Marshall Rommell.
Well worth a visit especially if your planning to build a house!