Hergla is a serene and charming little fishing village situated approximately 30 kms north of Sousse and 40 kms south of Hammamet on a rocky stretch of coast interrupted by sandy coves which will appeal to anyone looking for a location relatively unspoiled by tourism.

It has about 6,000 inhabitants and occupies the ancient site of Horraca Caelia, which dates back to the 2nd century AD.

A major government-funded redevelopment area, Hergla may be small but it is certainly industrious. Agriculture has been a mainstay of the area since before Roman times and the village is still famous for its olive oil and tuna production. Fishing and esparto grass weaving are the primary occupations and there are some really interesting craft shops scattered around the tiny winding streets. 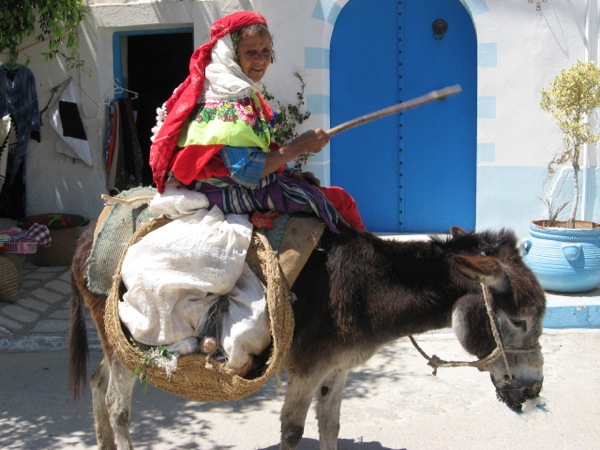 The village boasts an 18th century Djerban styled mosque which was built over the tomb of a 10th century holy man named Sidi Bou Mendil, who, according to legend, was able to turn his handkerchief into a flying carpet.

Well worth a visit are the local restaurants such as Cafe Sidi Said, famous for it’s fresh fish dishes, Restaurant Artifex where you can have a 3 course meal using fresh local produce for 3 including coffee of tea for around18 dinars and the beautifully appointed Restaurant Esplanade with beautiful views out to sea.

Twitchers will love Hergla Lake (or Sebkhet Halk el Menzel) – a superb large, shallow, freshwater lake and reed bed where flamingos, spoonbills, herons, marbled teal, varieties of sandpipers, gulls and terns are just some of the birds to be found. Hergla, known for its colourful underwater fauna, is a well known scuba diving destination and sailing and windsurfing are also available.

Just a mile north of the village, a new marina is planned which will lead to improved facilities and transport links to the area. In the meantime, however, Hergla, with just a scattering of cafés offering good, clean, typical fare, remains a wonderful, calm place where you can relax, soak up the sun and watch the world go slowly by!

Hergla is too small to have any tourist hotels. The nearest accommodation is at
Port El Kantaoui
or Sousse

There are two friendly but fairly basic restaurants in the town and some cafés.

The best months to visit Hergla are between April and October when temperatures range from 20-32C (68-90F). July and August can be very hot and humid. Winters are mild with more frequent showers.