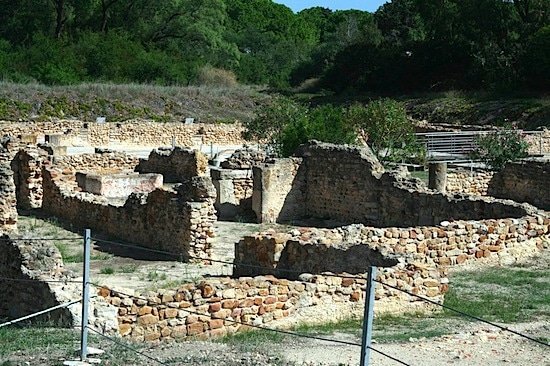 Powered by flickr embed.
Neapolis is a very ancient site in Nabuel, infact Nabuel is the Arab replacement city which was implemented once the old city was crumbling. The site is impressive in an ancient way as it is very very old being of Greek, then Carthaginian, then Rome, then the Arab conquest.

It is an unfortunate shame that until recent generations people did not appreciate such history in Tunisia and as a result many sites like Neapolis were used as a resource to build new buildings which from a certain point of view has a logic to it. In-fact, it’s worth going to Neapolis and then some of the old buildings in Nabuel and see if you can spot the odd nicked column. An additional tragedy is that Neapolis is on a lovely plot next to the sea which means that some hotels sit on the sites of historic parts of the city.  However, the rot has been stopped and the current administration are serious in protecting the history of the place.

When you arrive at the site you can park with ease and probably walk from one of the hotels which are in the area. You pay your money at the gate and then enter what seems to be a large field.

It was a lovely day when I visited so I just took my time walking about until I came to the area further down the path which signposts you to your first attraction.

The House of the Nymphs (Nympharum Domus) 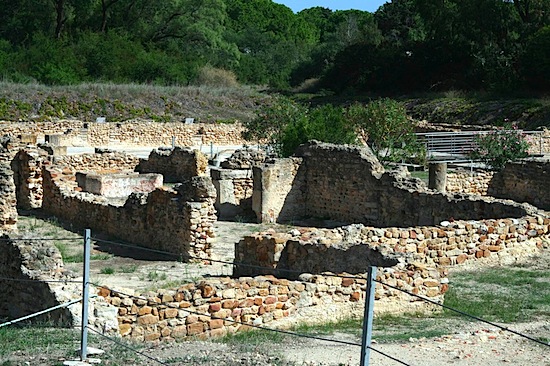 The gentleman working there told me that this was a private house of 1500m2 and was most probably someone who was a patron of the arts given its lovely layout mosaics and internal garden.

There are also a number of lovely mosaics from this house in the Nabeul Museum in the town itself.

Even more impressive is the fish factory which is located to the other side of the site. I am always fascinated by life in ancient times especially when you see just how advanced life was back then. The factory has a wonderful position and I was thinking that working oneself to death salting fish aside life was not so bad for the residents of Neapolis given the abundance of natural food resources.

As you walk about you can see how the process worked fisherman would bring the fish onto the shore and then sell them or maybe the owner had an integrated operation where the fisherman would work for the factory. The fish would then be processed and sun-dried for several weeks to make a roman delicacy called Garum which was the Viagra of the day apparently, and as such was very profitable. Indeed the Cap Bon has a number of such factories however Neapolis is one of the most impressive.

Zarzis is a small coastal town in southeast Tunisia, just south of the Ile de Jerba…

This project is paused indefinately and maybe even cancelled. It would have been hard to miss…

This is an article to show you the mega project Tunis financial harbour. Like all the…